I went back to my first web page at blogspot (http://catnmousey.blogspot.ca) and found some relics and very old posts there.  Head over there if you're interested.  Meanwhile, here's the version of Jungle before I created Classic and Classic 2.  This map is both hard for Cat (lack of feeds) and Mice (price increase on everything), so doesn't sound much fun at all :S  oh well.  Here it is for anyone interested.

Version 5.1 Release To Public build 5100 - May 25, 2008
- (bug) fixed a rare bug that the time frame of CatJustGotOutOfJail switch is too short for the AntiAFKProbe trigger to pick up to make player to be OB.
- (bug) fixed a duplicate Death-counter usage on Protoss Assimilator for AntiFEED and Cat's Refund DT spell.
- added an extra Wait(10) to Auto Choose Game Mode trigger to make it faster
- (balance) modified the periodic feed rates for Hard Mode to match the usual game play
- (balance) increased Cat's Refund DT rate from $30/sec to $40/sec, decreased instant refund from $400 to $200.
- modified Cat-Lose trigger so it will not prompt lose when Cat lost his Cat by Mind Control
- added a trigger to reset Cat's ownership upon Mind Control
- delayed welcome message by 5 seconds
- modified Mice-BuyCivil_EASY so it costs $100 rather than $50, also changed HP to full HP.
- added codes in Game Mode Easy so it'll change the cost of Mouse Hole (Civilian) to $100 rather than leaving it at $50
- added codes to move extra Choosers out of buying place for Monkey Vessel, Observer, and Mind Control Surrounding Units

Version 5.1 Release Candidate 4 build 5100.lab6 - May 24, 2008
- (bug) fixed a bug that causes AntiFEED for killing AFK mice at Mice Save not working due to an obsolete condition.
- (bug) fixed a loophole in development for Reseting Ownership of units at Buying Place only limited to Cat.  Now it applies to all players except Brown.
- (bug) fixed locations at Cat's Buying Place for Base Raider Unit, and Infested Terrans Unit locations
- added a separate trigger to kill MC'ed probes faster 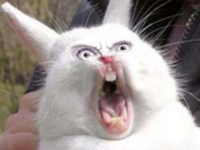