It's TESTING TIME now!  I've put in some of the changes after talking with StupidFred for a good 3 hours.  So far I've only gotten the following changes in:

Class 2.017 BETA build 844 - August 31, 2017
- replaced Cat's spell 'BB Mode' with a Drone (Cat Builder) for 3 DTs (YES, Cat can now build.  Mind you - Hatchery costs $100 so you'll need to save up first!)
- added Cat's spell to buy a Infested Terran (Zackers) for 1 DT.  It is delivered to the Cat in the arena via an overlord.
- increased Cat Builder's HP from 20 to 100
- moved location Mice-OBSpawn further north to avoid units spawned in this location being killed by sunken

Please give it a try and let me know if there's any issue with the new stuffs being added in.  Peace!

Also, for those who doesn't know StupidFred, he's the maker of classic 3.  Go check out his map as well! 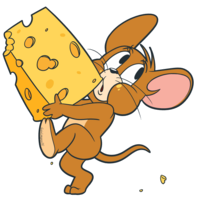 I just saw your response to a post on Staredit.net lol... I randomly found while having a typo in this web address and one of the suggestions lead to that post.